Blankets, for a 500+ page book, is quick reading. That’s not because the pages are mostly art and word bubbles, which get you through a book faster than a word-only tome. No, it’s because once you start on Thompson’s journey through his childhood and adolescence, you are transfixed by the beauty and wonder of both the words and pictures. You don’t want to put it down and, like any good book should make you feel, you don’t want it to end. Thompson’s documentation of his younger years is at once suffocating as it is gorgeous. The images of constant, heavy snow and the presence of constant, heavy-handed religion give the story a weighty, ominous tone, made even more pronounced by the theme of dependence that runs through the book. Thompson is able to take the darker themes and intertwine them with the wistful, bittersweet yearnings of first love. He captures the very essence of this rite of passage, from the first unsure glances to the breathlessness of being consumed by the fire in your heart. The drawings are simple and delicate; Thompson is able to convey emotions so well that one panel can introduce a thousand words in your mind, almost making text unnecessary. But the text that accompanies the art never comes off as redundant or obvious; Thompson creates art within art, using his words to enhance, rather than accompany, the drawings. Or is is the other way around? Perhaps the drawings are there to enhance the words. Either way, it all makes for a beautiful, poignant story. Thompson pours his guts skillfully, spilling his fears, doubts and hopes about love, family, religion and himself on every page. It’s certainly literature and it’s certainly art. The two should be free to flow together not just for children, but for adults who know the value of putting words and pictures together. 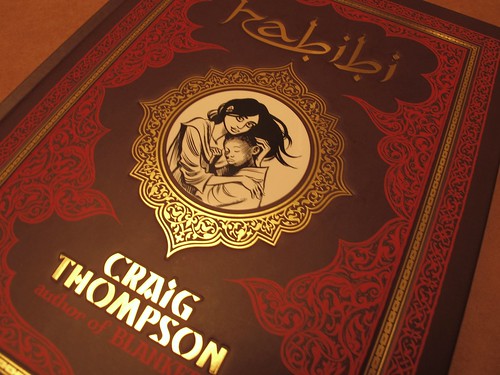 Habibi is a graphic novel by Craig Thompson published by Pantheon in September 2011.

The 672-page book is set in a fictional Islamic fairytale landscape, and depicts the relationship between Dodola and Zam, two escaped child slaves, who are torn apart and undergo many transformations as they grow into new names and new bodies, which prove to be obstacles to their love when they later reunite. The book's website describes its concept thus as a love story and a parable about humanity's relationship to the natural world that explores such themes as the cultural divide between the first and third worlds, the common heritage of Christianity and Islam. The book has received mixed reviews. While it has been lauded by publications such as Time, Elle, Salon, NPR and reviewers in general for the beauty of its visual design and the rendition of its epic setting, it has also been criticized for its treatment of sexuality, and its depiction of Arabs and Arab culture.

Habibi takes place in the present day, albeit in a fictional "Orientalist landscape", which Thompson conceived in order to create a sprawling fairy tale that would allow him to depict a clash of the old world and the new, while allowing him to avoid depicting guns or warfare. While it is located in an Islamic country and features such elements as Arabic writing, Thompson is reluctant to say that it takes place in the Middle East, preferring to emphasize that it is a mythical landscape, and that the characters vaguely Muslim as a result of the context in which they grew up. Thompson explains that he borrowed elements from different geographies, and infused them with the elements that he wanted. The book intersperses stories drawn from the Koran with the main narrative that follows Dodola, a young girl who, despite being intelligent and literate, is prized for her beauty, and the younger Zam, a boy whose guilt-ridden relationship with his surrogate mother leads to destructive choices “They say a man’s inspiration is visual, but for a woman, it’s the narrative.” 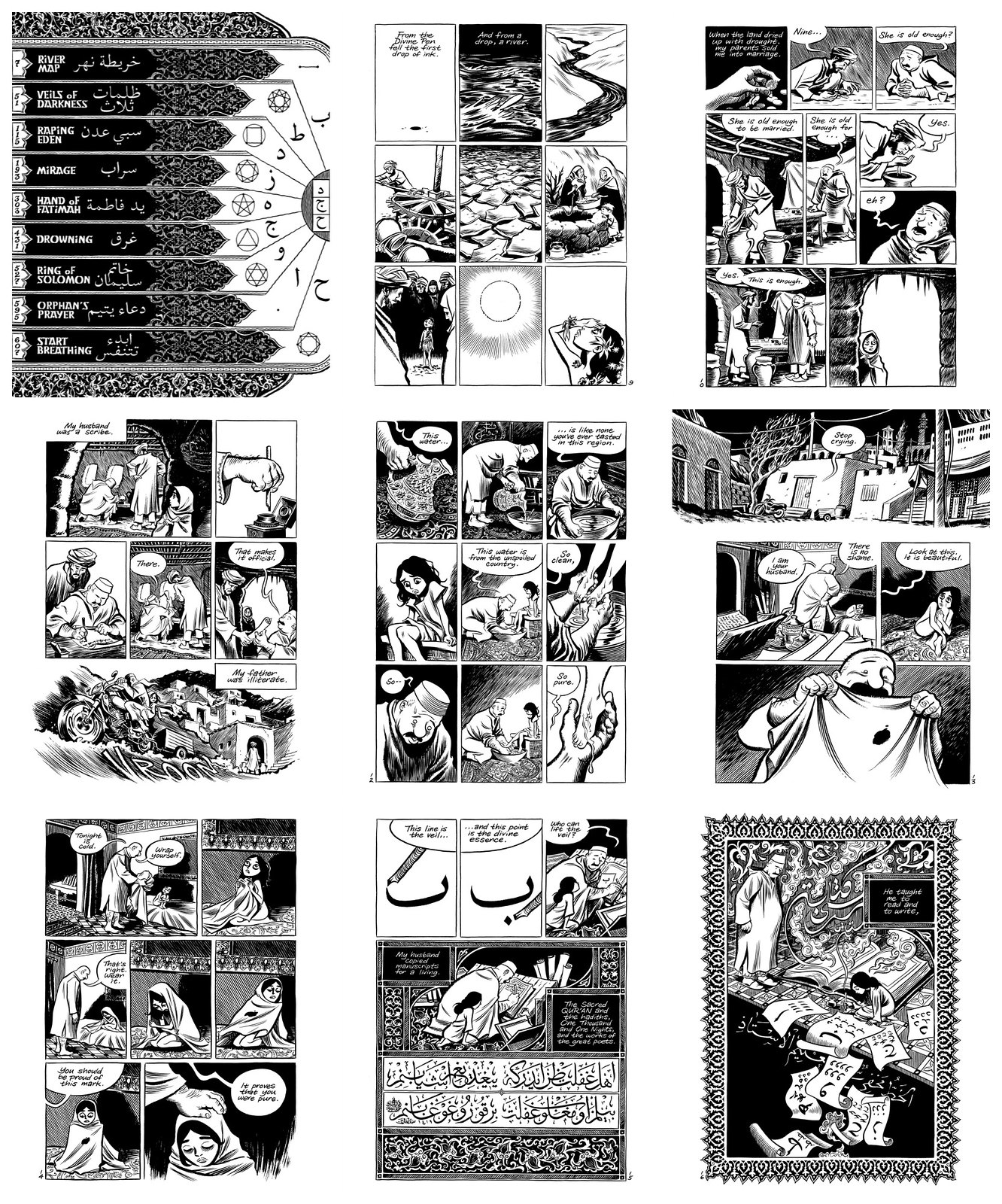 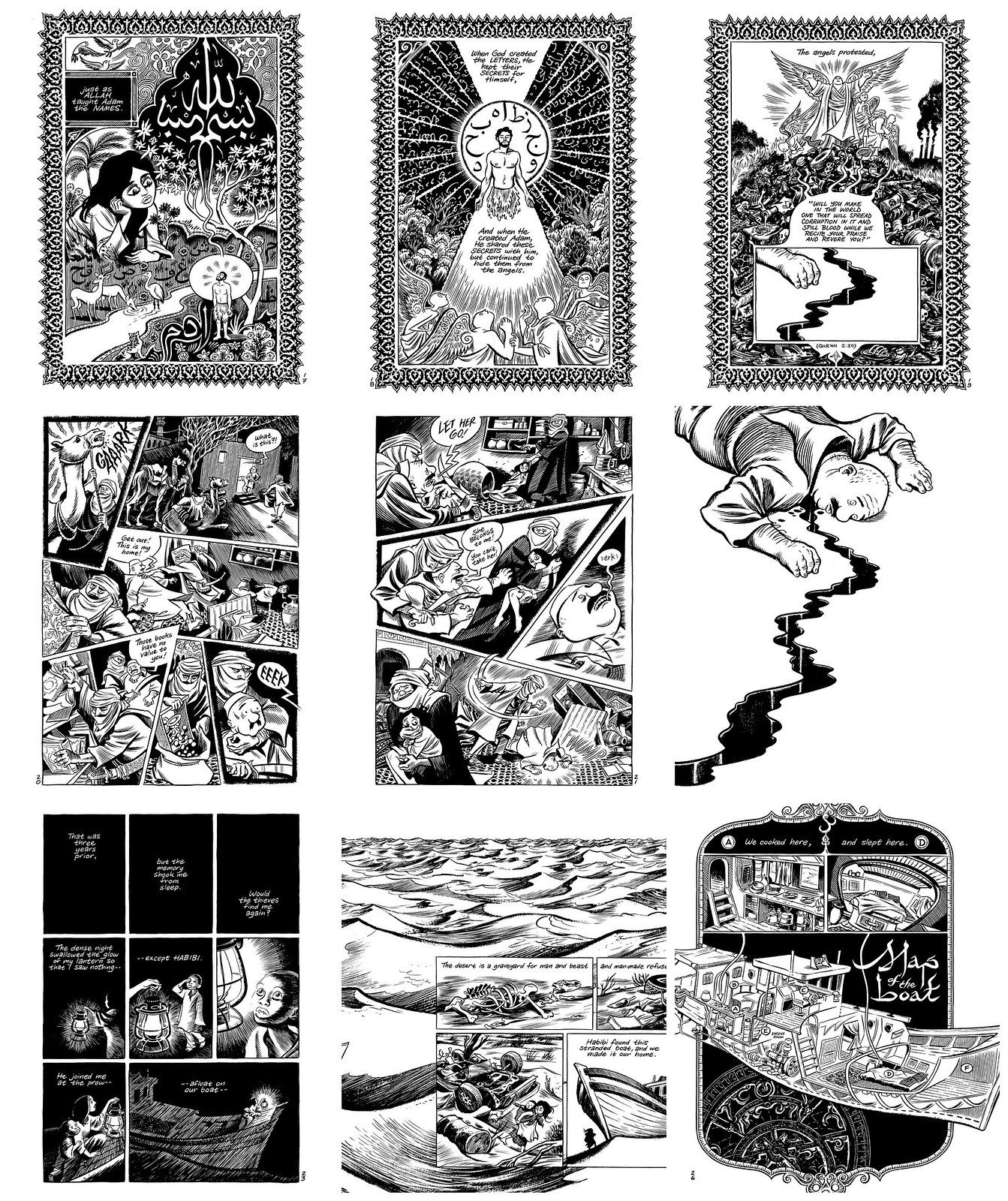 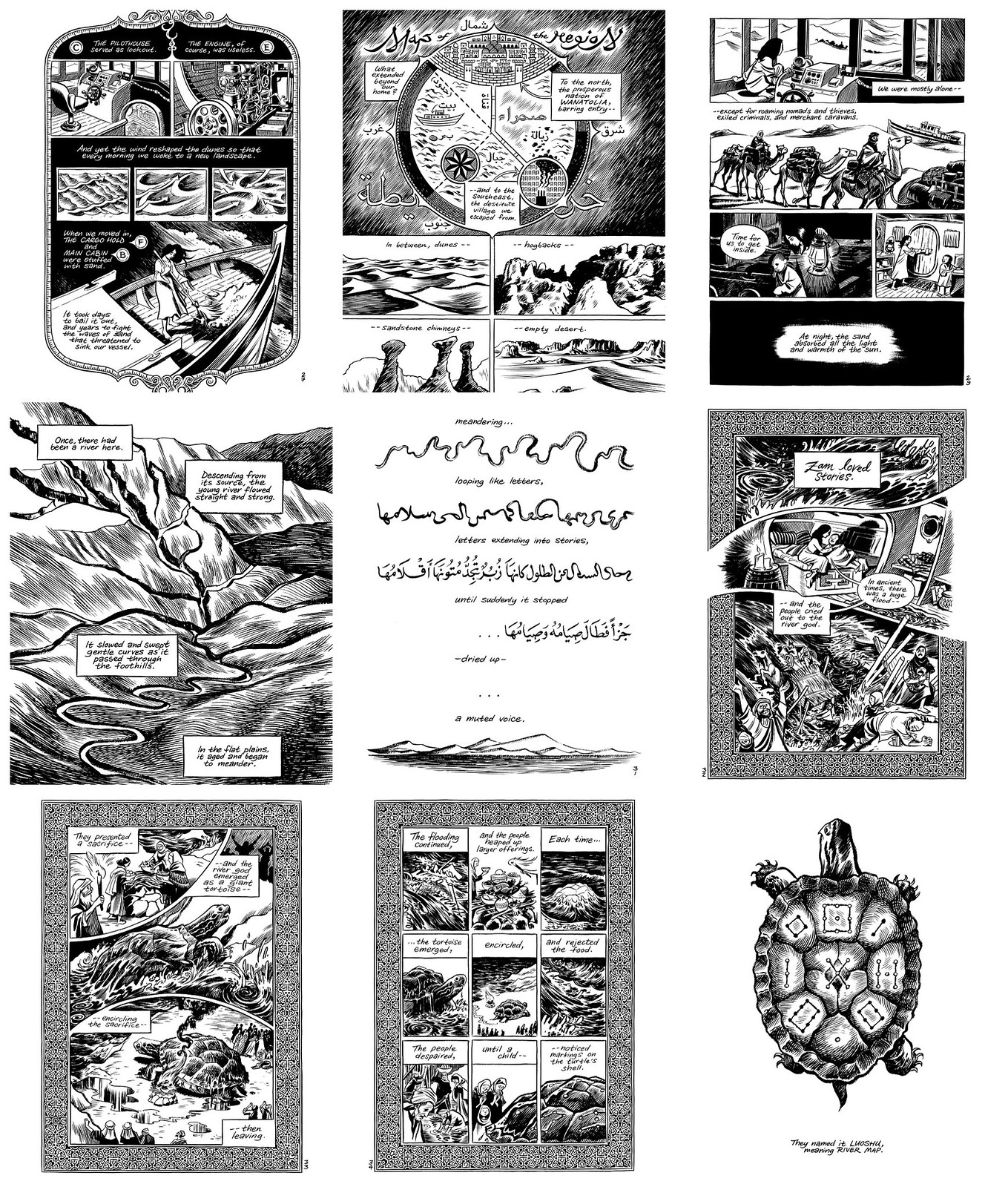 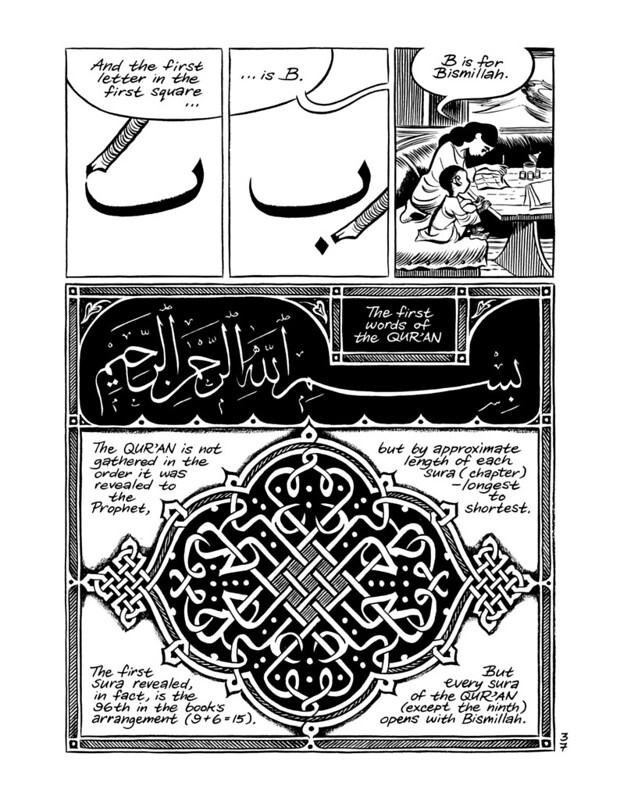 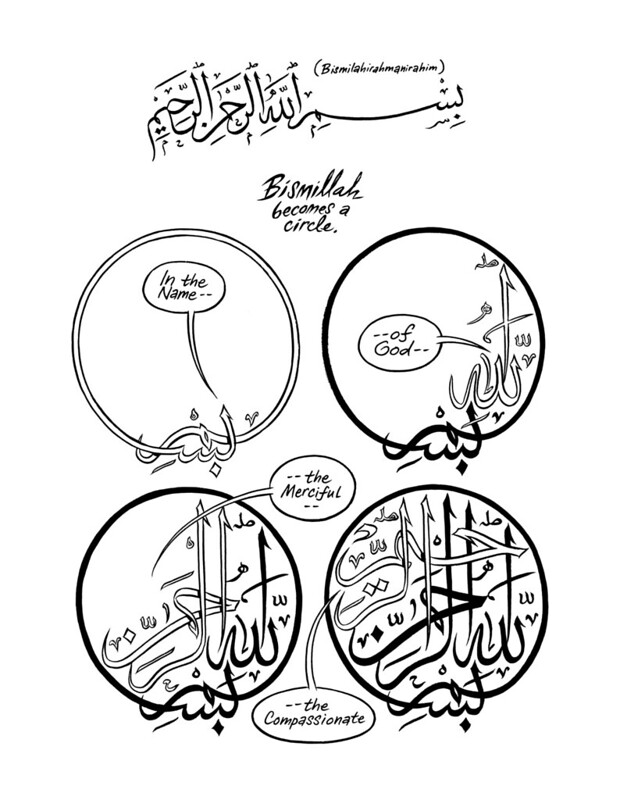 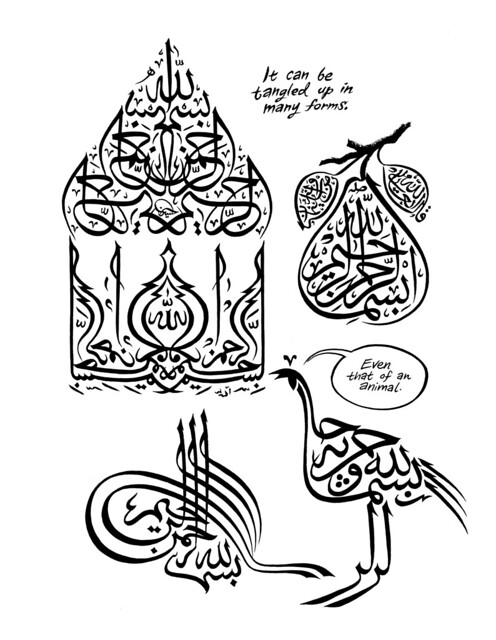