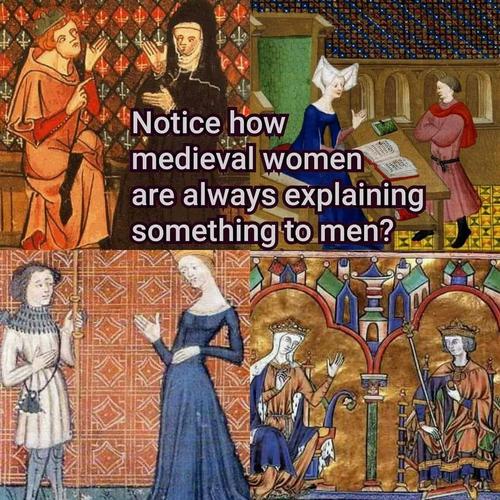 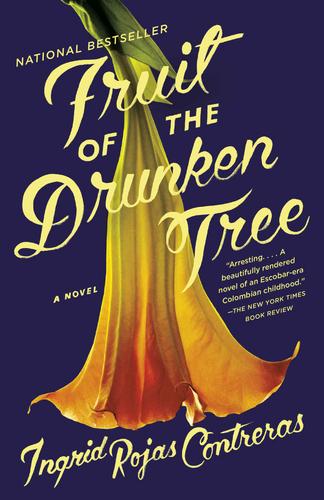 Seven-year-old Chula and her older sister Cassandra enjoy carefree lives thanks to their gated community in Bogotá, but the threat of kidnappings, car bombs, and assassinations hover just outside the neighborhood walls, where the godlike drug lord Pablo Escobar continues to elude authorities and capture the attention of the nation.
When their mother hires Petrona, a live-in-maid from the city's guerrilla-occupied slum, Chula makes it her mission to understand Petrona's mysterious ways. But Petrona's unusual behavior belies more than shyness. She is a young woman crumbling under the burden of providing for her family as the rip tide of first love pulls her in the opposite direction. As both girls' families scramble to maintain stability amidst the rapidly escalating conflict, Petrona and Chula find themselves entangled in a web of secrecy that will force them both to choose between sacrifice and betrayal.
Inspired by the author's own life, and told through the alternating perspectives of the willful Chula and the achingly hopeful Petrona, Fruit of the Drunken Tree contrasts two very different, but inextricably linked coming-of-age stories. In lush prose, Rojas Contreras has written a powerful testament to the impossible choices women are often forced to make in the face of violence and the unexpected connections that can blossom out of desperation.

I cannot give you solutions
to all life’s problems,
Nor do I have answers
to your doubts or fears
But I can listen to you
and share it with you
I cannot change
neither your past nor your future.
But when you need me
I’ll be by your side.
I cannot prevent you from stumbling
I can only offer you my hand
to hold on to you so you won’t fall.
Your joys, your victories, your successes
are not mine.
But I truly enjoy it when I see you happy.
I do not judge the decisions you take in life.
I constrain myself to support you,
to stimulate and to help you if you ask me to.
I cannot draw limits for you
within which you must act,
But I can offer you the space
needed to grow.
I cannot avert your sufferings
when some pain is breaking your heart.
But I can cry with you
and pick up the pieces
to armor it again.
I cannot tell you
who you are,
nor who you should be.
I can only love you
as you are and be your friend.
These days, I have been thinking
about my friends,
amongst whom you appeared.
You were neither on top,
nor at the bottom, nor in the middle.
You were not heading
nor concluding the list.
You were not the first number,
nor the last.

And neither do I pretend to be the first,
the second, or the third on your list.
It’s enough if you want me as a friend.
Thank you for being one.
Jorge Luis Borges 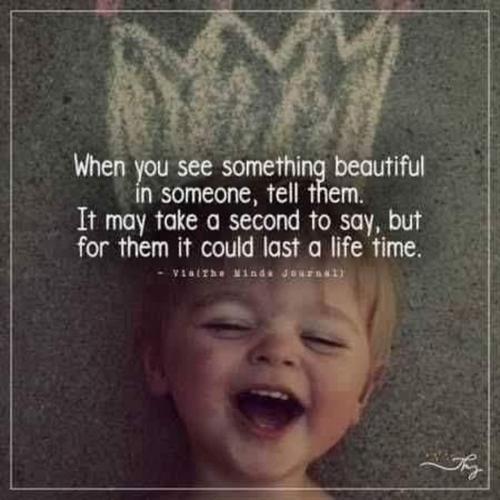 This is so true. Also very helpful for building a communication.

Shakespearean quote of the day

"Once you know the truth,
you can’t ever go back and pick up your suitcase of lies.
Heavier or not, the truth is yours now."
~ Sue Monk Kidd 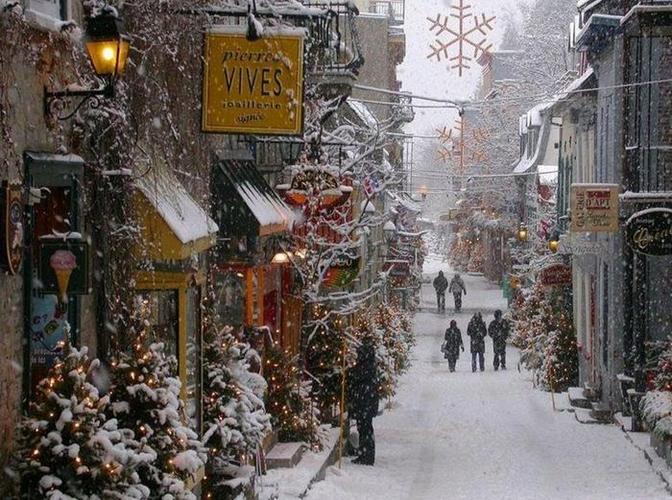 "Do not fear to lose what needs to be lost." 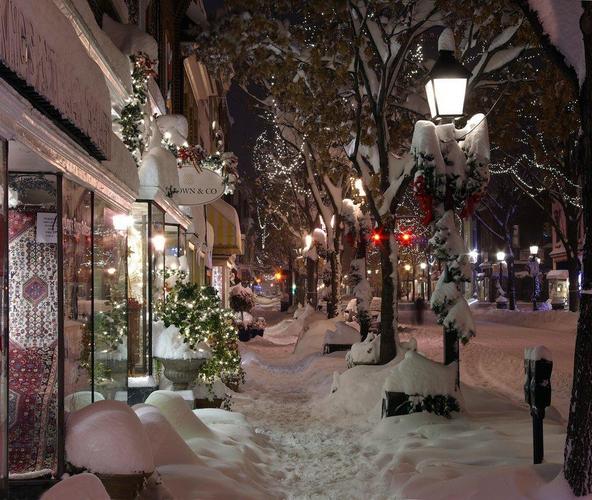 "Change before you have to." 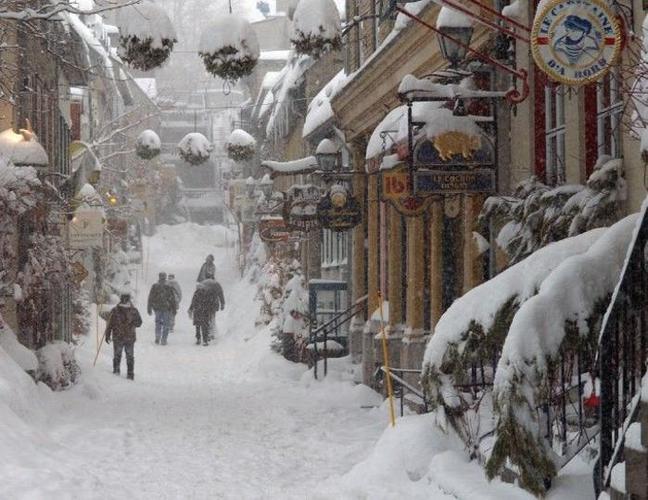 “You should shine with all of your light all the time.”
~ Garth Stein 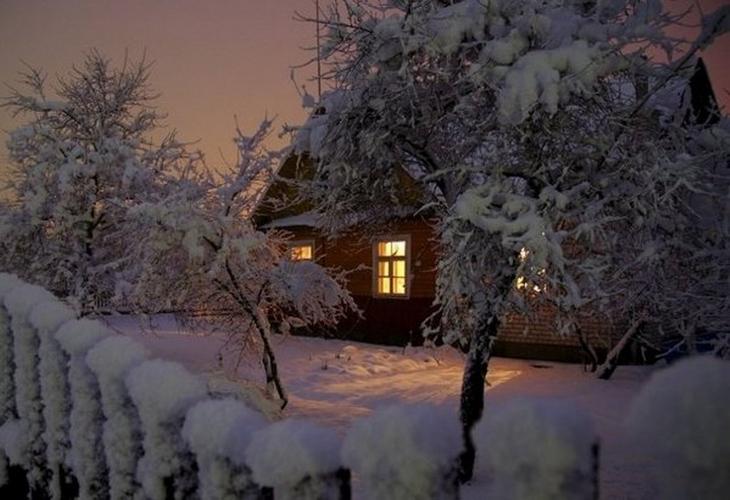 “On the last day of the world
I would want to plant a tree”
~ W. S. Merwin

Hope you have a lovely day, canims...

What an enchanting and poignant tale.

I have taught and loved Kafka's works for many years,
but his relationship with this heartbroken young girl is somehow more special to me.
It shows his compassion, a deep understanding of life, loss, and love, as well as an enormous imagination.
I am also a teller of tales and have learned how to create long, continuous stories for my students over the years...
Many still write or call to reminisce about some of them. I love this post more than I can say, @Belena canim
& will share it around the world.


What an enchanting and poignant tale.

I have taught and loved Kafka's works for many years,
but his relationship with this heartbroken young girl is somehow more special to me.
It shows his compassion, a deep understanding of life, loss, and love, as well as an enormous imagination.
I am also a teller of tales and have learned how to create long, continuous stories for my students over the years...
Many still write or call to reminisce about some of them. I love this post more than I can say, @Belena canim
& will share it around the world.

I liked it a lot and wanted to share it here with you. I've translated in Albanian for my fb friends.

and interesting coins from the East

Some people are just so good at this!

"One small thought in the morning
can change your whole day." 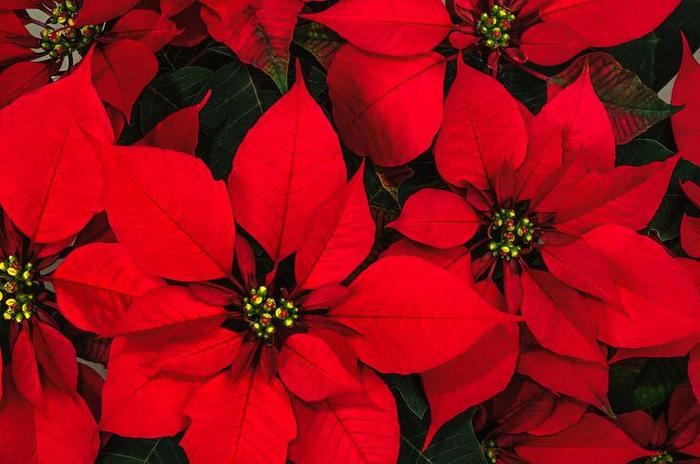 "When things change inside you,
they change around you." 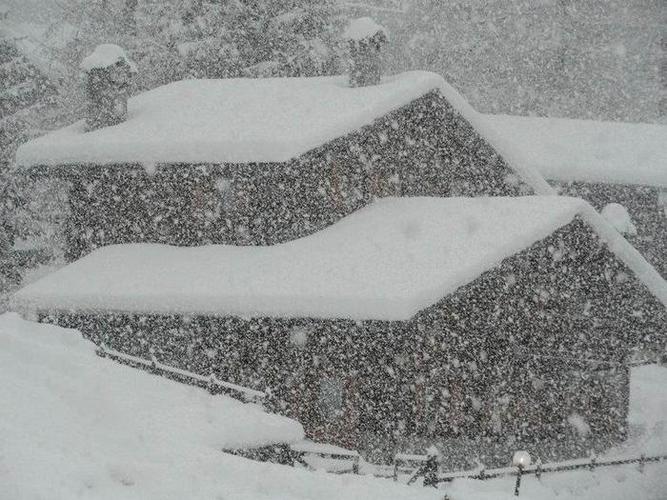 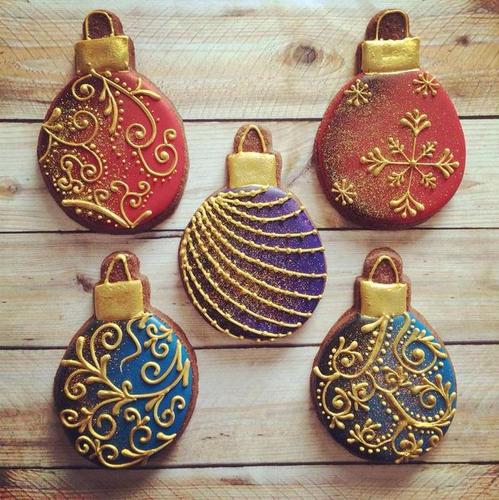 "Stop looking for happiness
in the same place you lost it." 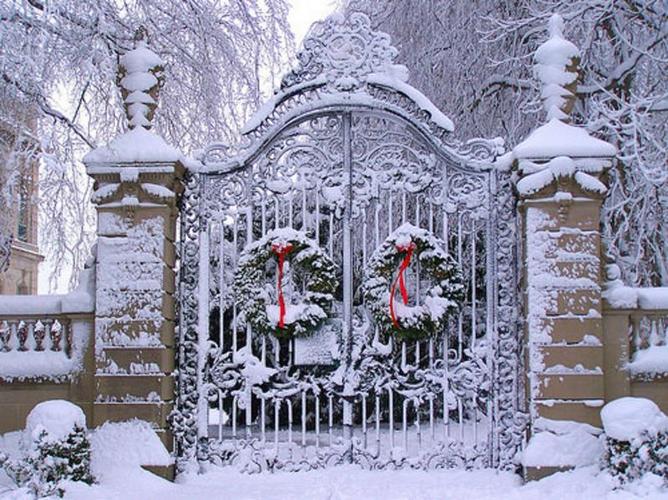 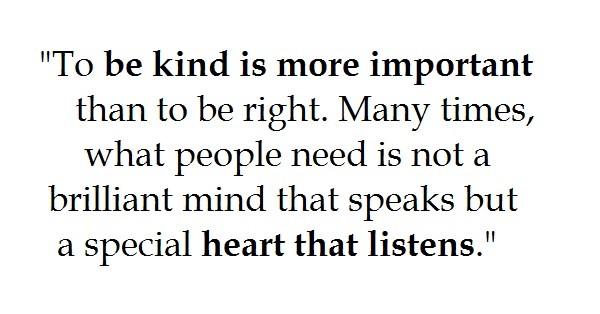 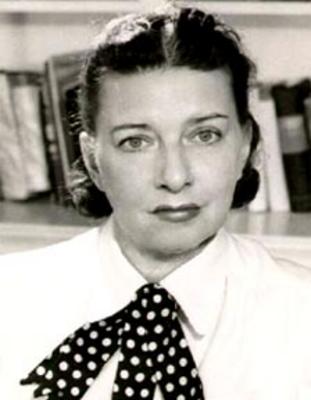 It's the birthday of novelist Betty Smith, born in Brooklyn (1896). Her parents were both from families of German immigrants, and Smith was raised in poverty in Williamsburg, Brooklyn, which was the most densely populated neighborhood in New York City, filled with recent immigrants.

She was hired by the W.P.A., which sent her to Chapel Hill, North Carolina. She loved it there. She read local novelist Thomas Wolfe's book Of Time and the River, and she said it "made it all come back then, like a flood. All of Brooklyn." So she started work on a novel based loosely on her own childhood, a book about growing up poor, and she called it A Tree Grows in Brooklyn (1943). It sold 300,000 copies in six weeks, and has sold millions more since then. 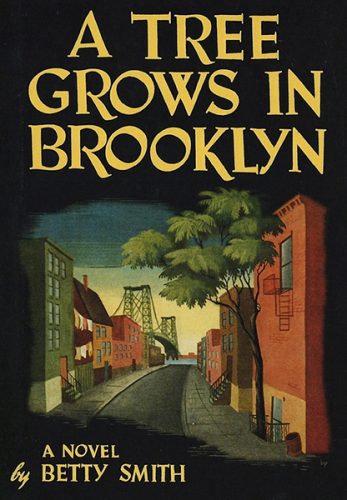 “From that time on, the world was hers for the reading.
She would never be lonely again, never miss the lack of intimate friends.
Books became her friends and there was one for every mood.”

“As she read, at peace with the world and happy as only a little girl could be with a fine book and a little bowl of candy,
and all alone in the house, the leaf shadows shifted and the afternoon passed. ”

“Oh, magic hour, when a child first knows she can read printed words.”


“Look at everything always as though you were seeing it either for the first or last time:
Thus is your time on earth filled with glory.”


“Because," explained Mary Rommely simply, "the child must have a valuable thing which is called imagination. The child must have a secret world in which live things that never were. It is necessary that she believe. She must start out by believing in things not of this world. Then when the world becomes too ugly for living in, the child can reach back and live in her imagination. I, myself, even in this day and at my age, have great need of recalling the miraculous lives of the Saints and the great miracles that have come to pass on earth.
Only by having these things in my mind can I live beyond what I have to live for.”


“In teaching your child, do not forget that suffering is good too. It makes a person rich in character.”


“It's come at last," she thought, "the time when you can no longer stand between your children and heartache.
When there wasn't enough food in the house you pretended that you weren't hungry so they could have more.
In the cold of a winter's night you got up and put your blanket on their bed so they wouldn't be cold.
You'd kill anyone who tried to harm them - I tried my best to kill that man in the hallway.
Then one sunny day, they walk out in all innocence and they walk right into the grief that you'd give your life to spare them from.”

“We'll leave now, so that this moment will remain a perfect memory...let it be our song and think of me every time you hear it.”


“She was made up of more, too.
She was the books she read in the library.
She was the flower in the brown bowl.
Part of her life was made from the tree growing rankly in the yard.
She was the bitter quarrels she had with her brother whom she loved dearly.
She was Katie's secret, despairing weeping.
She was the shame of her father stumbling home drunk.
She was all of these things and of something more...
It was what God or whatever is His equivalent puts into each soul that is given life -
the one different thing such as that which makes no two fingerprints on the face of the earth alike.” 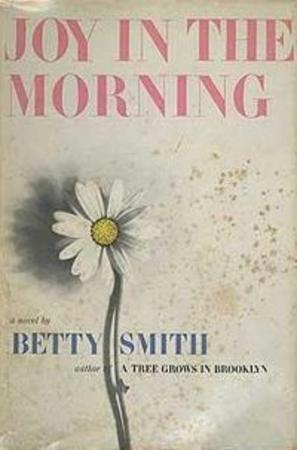 and a couple runs to avoid the storm

Santa is coming to town....

Hi dears
now I've reached to page 1430. I'm so happy that I can rest here between lines of kindness love and wisdom.
Hope you are all fine and enjoying the last days of December
Love you all, be safe and happy
Top

Hadi gel, for some Karadeniz sounds. Do you like Karadeniz region music?

nightstar wrote: ↑
Sun Dec 15, 2019 1:00 pm
Hi dears
now I've reached to page 1430. I'm so happy that I can rest here between lines of kindness love and wisdom.
Hope you are all fine and enjoying the last days of December
Love you all, be safe and happy

Always such a good feeling to see you wandering ATB's hallways...stopping here and there to read, listen to,
and look at what's on our many shelves.

Hope you are well & happy, my dear. Hard to believe a new decade is coming soon, eh?
Take care of yourself - much

To @Meltem , with much love.

Don’t find yourself, create yourself.
We have the ability to become whoever we want to become,
and to materialize the kind of lives we want to live.
That’s a power that we can cultivate.
The person you think you are, the kind of life you have right now, isn’t all that there is.
You won’t always be this person, you can change, you can be better.
You are meant to do great things, create yourself to become that person.
~ Satori 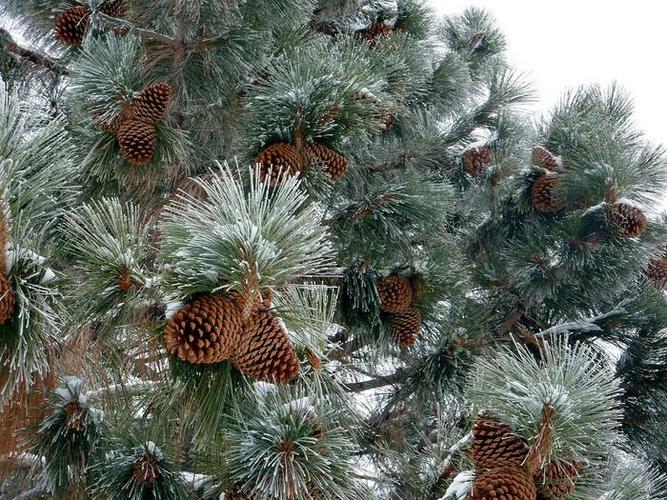 "A lot of people just need someone to be kind to them today."

"We do not need magic to change the world;
we carry all the power we need inside ourselves already.
We have the power to imagine better."
~ J.K. Rowling

"Compassion is the ability to see clearly into the nature of suffering."
~ Roshi 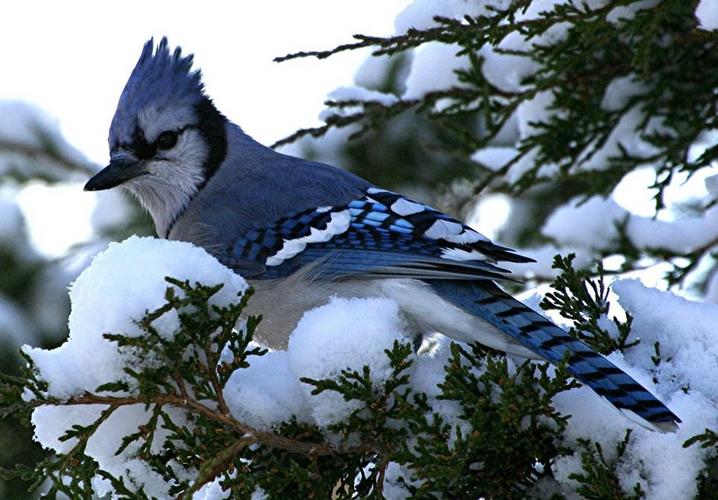 "The most violent element in society is ignorance."
~ Emma Goldman 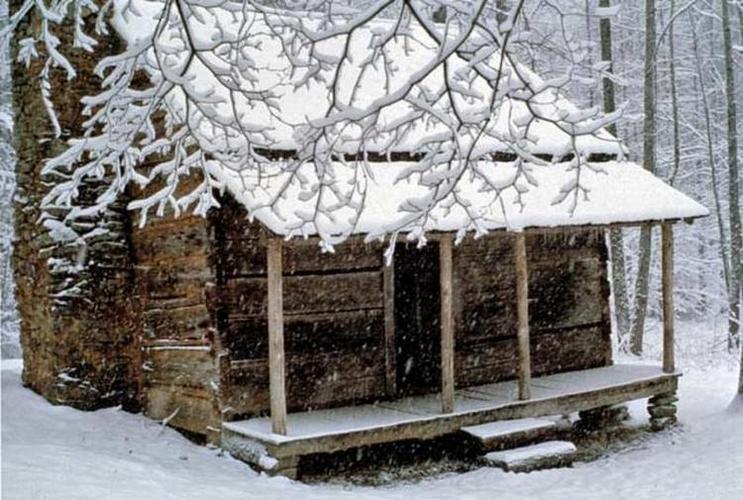 "You will never do anything in the world without courage.
It is the greatest quality of the mind – next to honor. "
~ James Allen 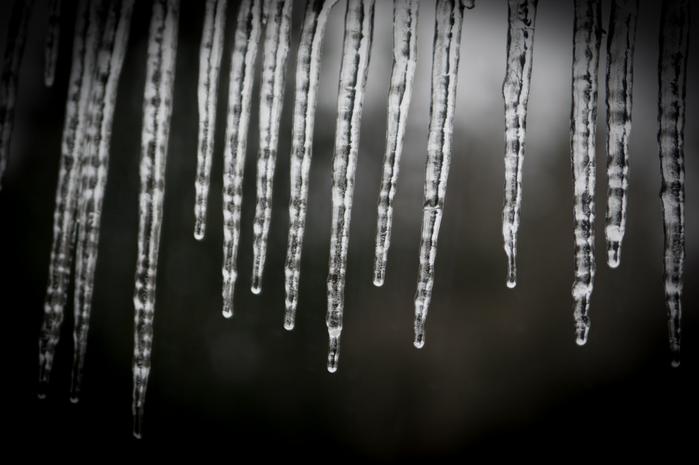 Hope you have a wonderful day, canims...