mili wrote: ↑Mon Mar 08, 2021 2:19 pm Btw Damla without makeup and with all the homeless look, looks 10 years older than she is. Specially if Efsun is supposed to be 30ish

Yeah they are intentionally showing the low life of these women behind the glamourus look of the nightlife.

IMO he took the guitar so he can sell it, buy arms for the guys and go get Masal and Efsun.
Top

I was surprised to see that guitar. Cause he threw away one when he went out of akıl hastane.
Çukur’dan bir Selim Koçovalı geçti.
Top

Hmmm amca set sth for those two or this guy wants help from them?
Çukur’dan bir Selim Koçovalı geçti.
Top

So I can see the plot progressing by the path of old Istanbul dayis, such as this one, helping Cumali and Yamac to get rid of amca, because amca is blackmailing them all.

Eyvah those two....
But for Efsun is it only about Masal or sth else??

But i like how he said that he remembered himself because of hee
Çukur’dan bir Selim Koçovalı geçti.
Top

Hahahah some things Yamac will never learn, that's just him.

So their plans hahahahha they are amazing haahaha
Top

So Medet and Salih are just acting in front of everyone?

Vallahi after 4 seasons i don't know why but I really like Ayse's character..she is bad or was, nor she is smart.

Nizam is he dead? I don't want this guy to raise suddenly from the dead.

"Is this the hand with which you touched her?" Yamacs jealousy! ❤❤❤❤❤❤
Top

This was also good, the way she is singing, like she is feeling every word

"Is this the hand with which you touched her?" Yamacs jealousy! ❤❤❤❤❤❤

I am sure he is dead! Yamac beat him so hard!
I know it looks as super power, but Yamac gets some special power when he is fighting for Efsun!
Çukur’dan bir Selim Koçovalı geçti.
Top

This, Gokhan or Sinan, whoever got this idea, it's perfect! So powerful!
Minik doesn't look very comfortable 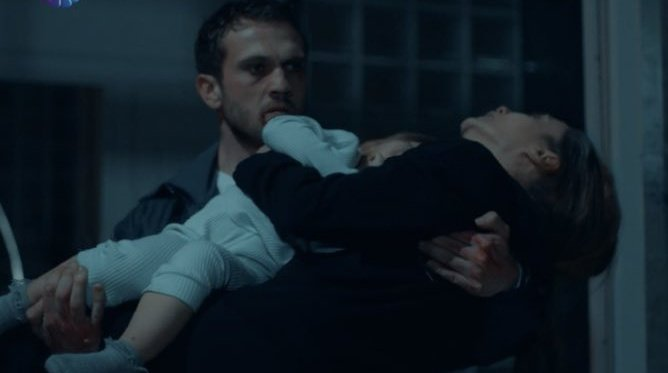 I haven't seen no. on YT, but on TW over 125k tweets for #, which isn't usual thing for Cukur, plus in top 5 of all shows in Turkey, is only Cukur
Çukur’dan bir Selim Koçovalı geçti.
Top

Poor Aras, had to hold both Damla and Mila in his arms...

So they made them together in order that Yamac can come with his family to sunet. Well I assume that will be Yamac's wish, but for sure Efsun won't be ready to go. While Yamac will prove them all what he can do
Çukur’dan bir Selim Koçovalı geçti.
Top

Tugce is it you?? Or they changed her??

Hahahahah this is good one, for how long Aras had pain after this? Though I thik they shot this like yesterday or on Saturday, because we got bunch of pics of all men who 'Yamac killed', plus some looked like Nizam's (actor's) so he is out for sure

I can see the happiness and euphoria on TW, people are just going crazy


Ok now just make them together all the time, plus give them happy end!
Çukur’dan bir Selim Koçovalı geçti.
Top

I'd say this was good episode, cause mostly good things happened! Amca didn't have as many scenes, Yamac and Cumali more or less managed to get info they needed. We have seen that VarMed isn't on really bad terms but faking it a bit in front of others. After all their bond can't br broken no matter what. They can be angry on each other but their love is stronger!

2nd episode without Celasun, also no Karaca and Akin in this epi. I guess while focus is more on Yamac and him getting sh** back together some must be cut, though place of her children overtook Ayse who really was useful. What Yamac told her was really nice "I am no one to tell you what to do in your life"

On the wall at the endthey wrote sth like soon will be old Cukur. Which is good, meaning in 2-3 episodes Yamac will gather more cocuklar and will be able to fight amca.

Also, like they really needed to put EfYam scene at the end...i mean why...
Neyse, in future, poor Damla and Cumali when both Efsun and Yamac start having nightmares or some kind of crisis! Both are so destroyed!
Çukur’dan bir Selim Koçovalı geçti.
Top

Bit of brothers, bit of EfYam and lot of Yamac's brilliance
Ratings might not matter but it's so nice to see them rising and fighting competition, just showing people still love them
Big jump in AB category, i think it's the highest they had this season

This was nice reunion. No hard words, no hate and they were honest truth came out right away

Full episode already hit 1M views on YT and "Max Payne" scene has close to 1M. Which used to be normal for Cukur but in recent months those numbers weren't as high...well we know why...